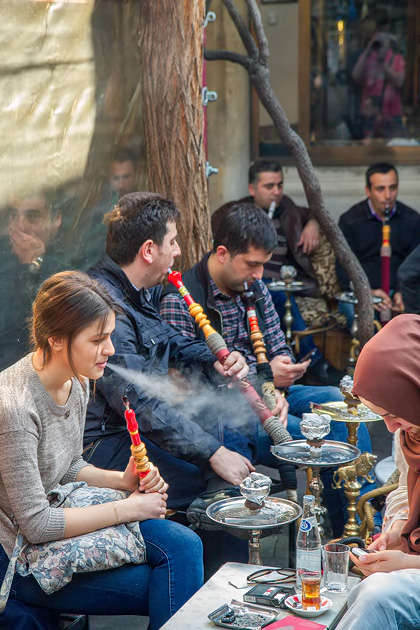 There are many famous words that people use to describe the Hookah, Turkish Water Pipe, a tool for pleasure existing for thousands of years.

This tobacco smoking tradition, origins of which are in India, has survived until today with disguising in many different shapes. And today the tradition hit the peak. For the Turks, the habit of smoking Hookah started in the era of Yavuz Sultan Selim.

Hookah, which is an important part of the culture, is being used widely today, especially in Istanbul.

Enjoying the pleasure of pleasant conversations with their irreplaceable friend, Hookah, is up to you. Yet, smoking Hookah is not an easy job. There are some certain procedures and principles. The basic law is the respect. When someone wants to smoke from your Hookah you don’t give him the hose just like that! You have to put the hose to the floor, so that the one who wants to smoke can take and enjoy it.

The hookah pipe is called the nargile in Turkey. It’s a surprisingly popular activity among Istanbullus of all ages, and we partook in quite a few smoking sessions ourselves. You can order from a variety of different flavors, and spend hours lounging around, smoking and drinking tea.

The nargile has long been a prominent part of Turkish culture, although the introduction of cigarettes led to a serious decline in its stature. Lately, though, it’s been making a comeback among young people. It’s completely different to smoking a cigarette. You take your time with a nargile, and usually smoke with a group of friends. It’s social, and a lot more tranquil than hurriedly puffing down a cigarette as you rush off down the sidewalk.

Besides which, it tastes great. Apple is the mainstay, but you can try cherry, banana, coffee, orange or melon flavored, in addition to many others. Our personal favorite was a mix of a apple and mint, and we had a few favorite places to smoke. The Perla Kallavi rooftop cafe off Istiklal Caddesi… the crazy collection of nargile bars at Tophane… Erenler Nargile near the Grand Bazaar … the Ağa Kapısı near Süleymaniye, with a great view over the Golden Horn… the courtyard of the Re Cafe in Kadiköy. In just about any corner of the city, we could find a good spot (and invent a good excuse) to sit down for a couple hours with a pipe. 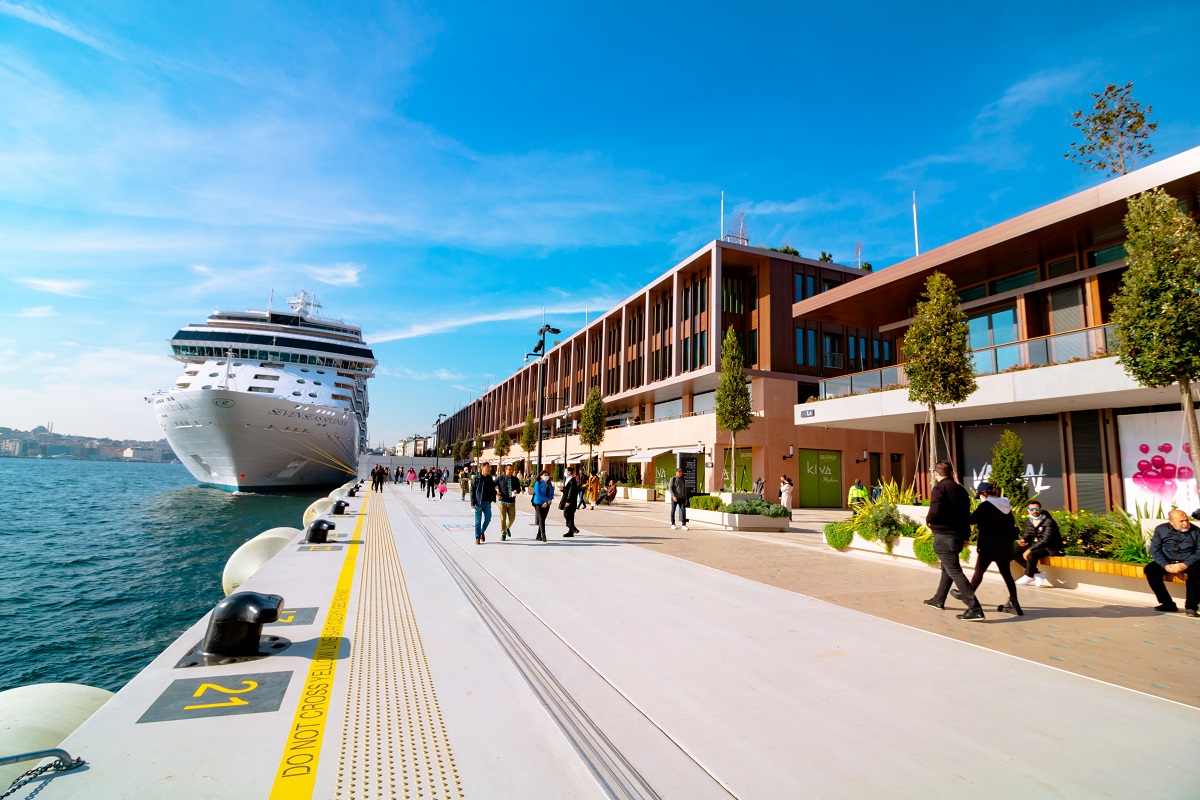